Our Under 14 Division 1 Girls team had their first league game away to Seneschalstown this afternoon. This was our first game in 9 months, although there were no signs of rust on these 15 mighty little women (to quote Mick Summerville)

A hot and humid day, Olivia Quinn gave her first Captain’s speech just before the 4pm throw-in. Despite the heat, these 15 girls brought their A game and gave 100% from beginning to end.

Royal Gaels took an early lead and despite a fighting performance from Seneschalstown the home team didn’t manage to bridge the gap.

A high scoring game with scores coming from 7 of the 15 players. An excellent performance both individually and as a team. A special word of best wishes to Ellie Dervan who came off injured in the second quarter. The team were cheered on by injured mascots Aoife Murphy and Siun Hartigan.

A great start to our league campaign – our next game is against St Colmcille’s at home next Saturday 19th June at 2pm. 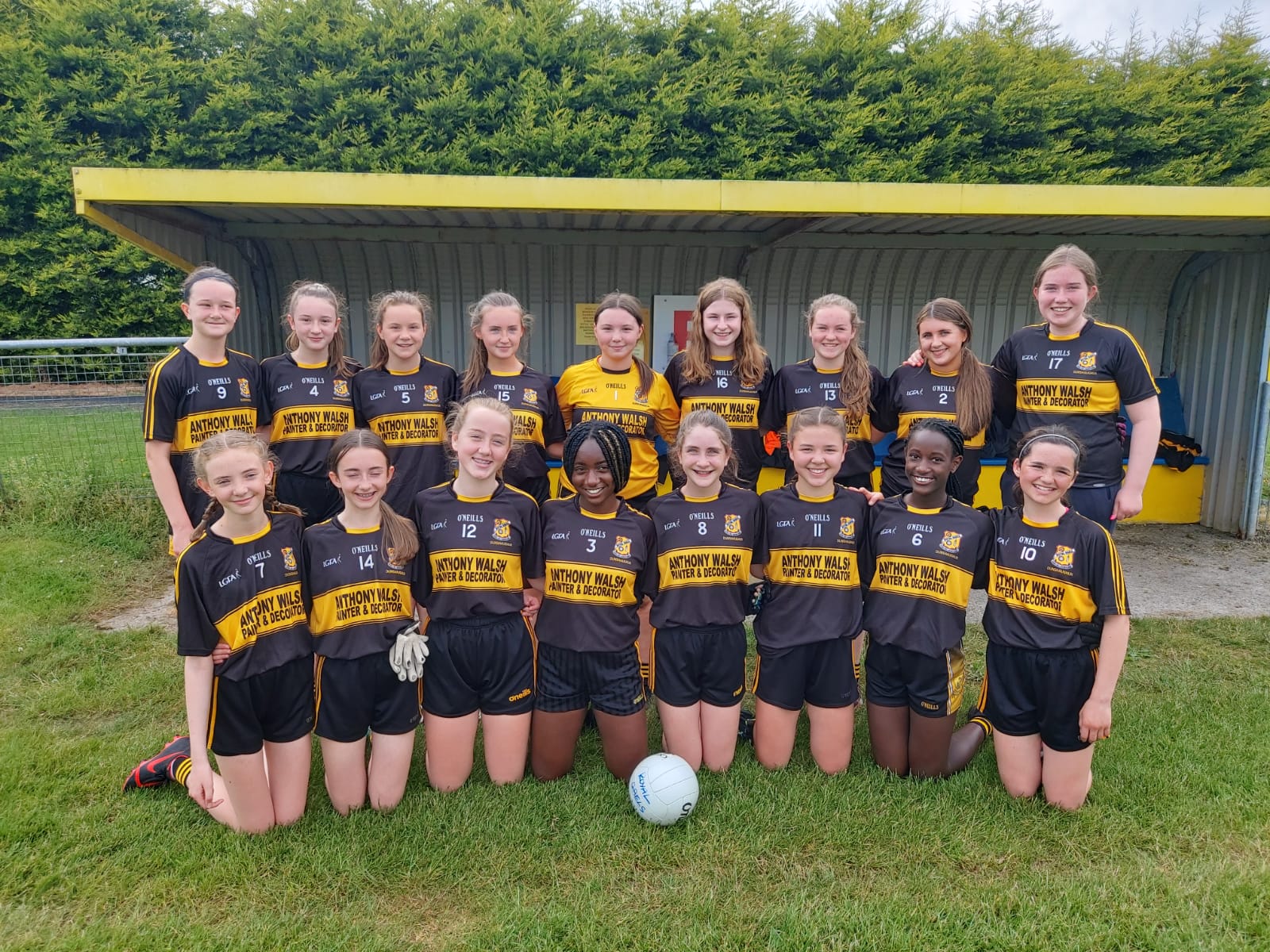