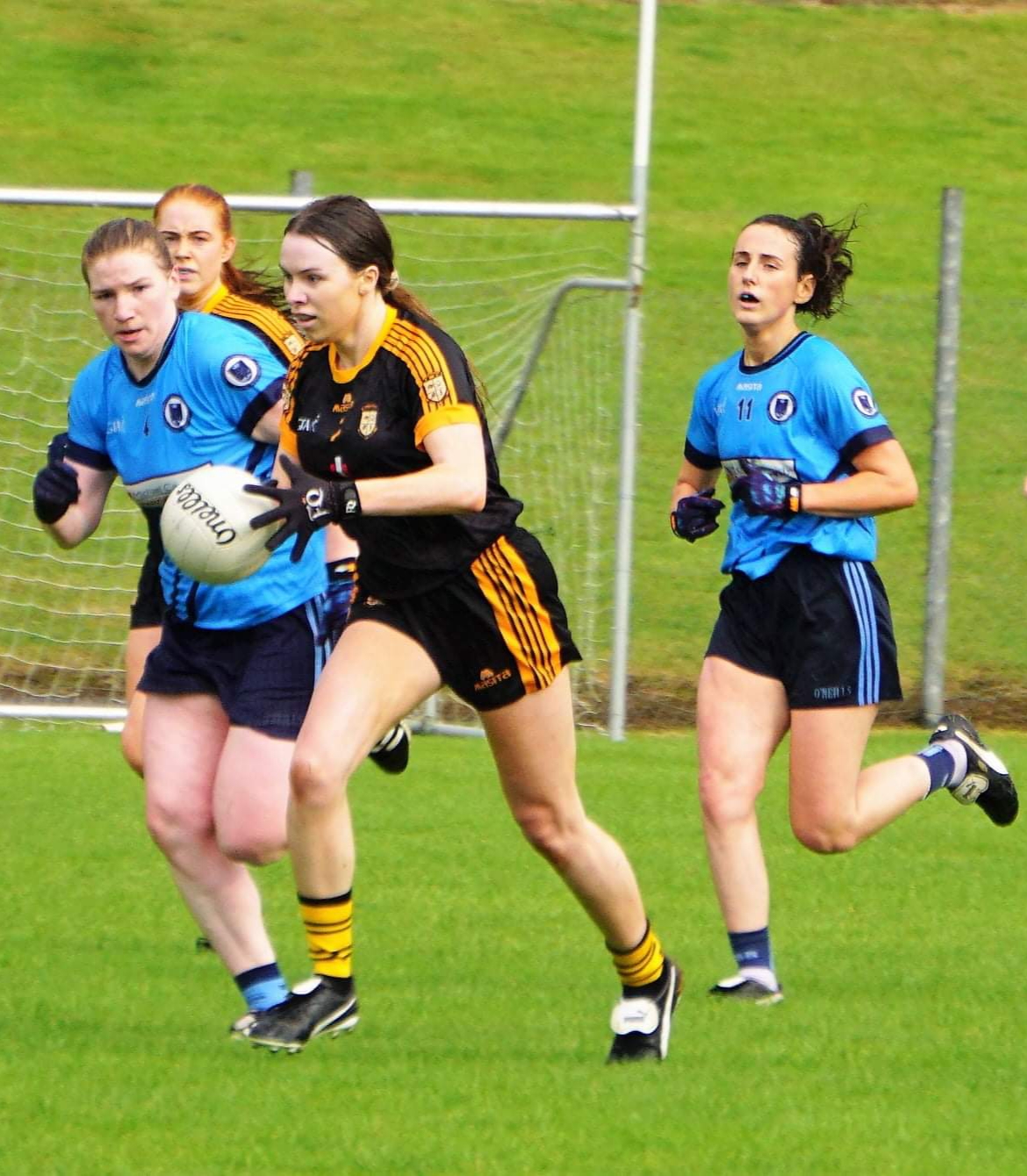 The sunglasses from the Blackhall Gaels game were replaced by umbrellas for the first round meeting of Dunshaughlin Royal Gaels and Simonstown in Simonstown. The sides had met twice previously in the League where Simonstown had run out winners on both occasions.

It was the home side who started the stronger, clocking up 1-02 before Ciara Gorman pointed for Dunshaughlin. Simonstown capitalised on a tense start by the visitors and put a further 1-01 on the score board while Dunshaughlin’s Niamh O’Sullivan, Kelly O’Dwyer and Gorman pointed for the Black and Amber to leave the score at 2-03 to 0-04 to Simonstown at the half time whistle.

Dunshaughlin opened the scoring in the second half with points from Meadhbh Byrne and a second Gorman free. Manager, Shane Farrelly’s charges showed grit and determination all over the field, Caitlin O’Neill, Sonia Leonard and Karla Kealy shored up the defence, Laura Quinn, Kristina Troy and Kelly O’Dwyer held firm and steadied the visitors. Byrne and O’Sullivan pointed again for the Black and Amber, bringing them into the second water break two points to the deficit.

The visitors never say die attitude paid off in the third quarter as sub, Niamh McEntee opened the scoring with a point followed another from Gorman.  Dunshaughlin made use of the extra player following the yellow card dismissal of Niamh Lister in the dying moments of the game to draw level with a point from the boot of O’Sullivan.

The Dunshaughlin spectators might have been satisfied to come away with a draw but the players had other ideas as Laura Ryan linked up with Byrne who made a great run, and having seen off a number of Simonstown players, hand passed to Niamh O’Sullivan who spun and struck the ball to the back of the net to seal the win for the Royals.

Next up for Dunshaughlin Royal Gaels is a home game v Boardsmill in Dunshaughlin at 11am on Sunday 26th September.